Over time, I observed a particular leadership trap that managers and others in leadership roles fall into. The trap is participating as opposed to leading. I fell into such a trap myself a few times. Let me give you an example to highlight the difference between leading and participating.

This example involved the manager of a large team. The team ran into a defect in a system owned by another group. They first tried to work around the issue and then escalated it to the other team over email. The email thread grew over the next few days to include several others as the problem turned out to be in yet another system. Folks shared ideas on potential causes and fixes over email. It was not clear for days who was playing what role and who was accountable fixing the defect.

The manager was also on the email thread. Along with others, he too asked questions and shared ideas about potential solutions. Days went by. The email thread grew longer. Everyone, including that manager, operated as though they were collaboratively discussing the issue. The issue lingered for 3–4 weeks before someone fixed the problem.

In this case, the manager was participating instead of leading. A leader would rather drive the appropriate sense of urgency, clarify roles and responsibilities, ensure those are understood, and oversee a timely resolution. A leader would participate and discuss the issue only to the extent needed to get enough details for that facilitation; no more, no less.

There is a clear difference between leading and participating. A leader’s job is to get results. However, given the plethora of material on various leadership concepts like “coaching,” “servant leadership,” “empowering teams,” managers sometimes forget their role for delivering results and default to participating instead of leading. Under such a management style, problems linger, and outcomes take longer.

I want to describe a few patterns to check whether a manager is participating as opposed to leading.

Knowing and preaching the right things is one thing, but getting everyone to do those things for a positive change is another thing. Knowing and preaching the right are what advisors and experts do. They look at the problem landscape and tell you what you should do. But leaders don’t stop there. They need to figure out how to get the team to act on those and produce results.

I recall one particular conversation where a manager explained to me certain things that his product should do. But when I asked how he was going to turn them into reality, he had no plan. 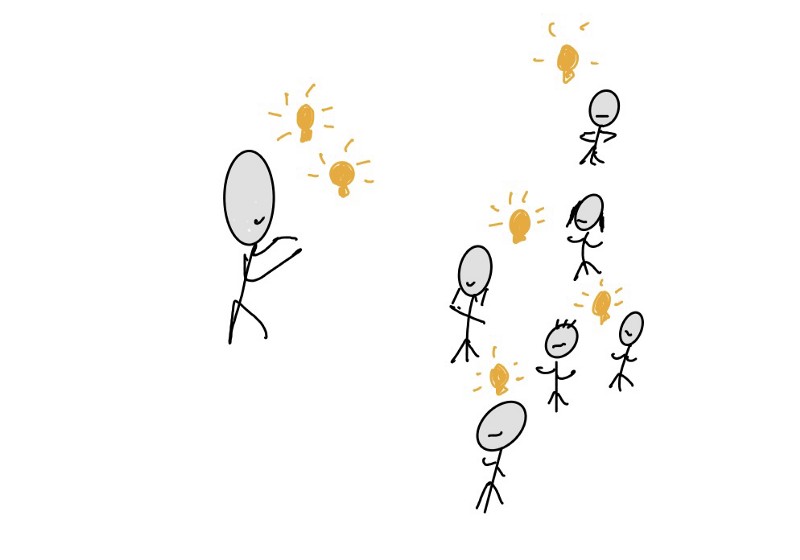 But then the team waited and waited for their manager to tell when and how to introduce those practices. The manager walked away, assuming that the team would practice those on their own. The waiting continued. A few months later, everyone forgot about those and went about their business as before. In this case, the manager assumed that the team would naturally practice but didn’t lift a finger to ensure that they adopted those practices. As Colin Bryar and Bill Carr highlight in their Working Backwards, good intentions don’t matter unless supported by mechanisms to translate those into excellent outcomes. That’s the manager’s job.

Here is another pattern for people with deep experience in a domain. When they come across a team dealing with problems they had previously worked on, they would get into the details themselves. In doing so, they may lose track of their role and indulge themselves. As far as they are concerned, they enjoy the subject and have valid opinions to give to help the team. But in doing so, they may shut the debate, or waste others’ time, or worse, inadvertently push the team to make unnatural choices.

I recall one particular senior manager of a large organization who used to have the team bring a series of topics to himself every week. People used to prepare and present that material to that manager. Then they would discuss, and he would offer intellectual opinions. As far as he was concerned, those topics were fun, engaging, and he provided much-needed expertise. The presenters used to feel great at the beginning for the chance to present to such a senior person. That sense faded away later on as no outcomes came out of those meetings. 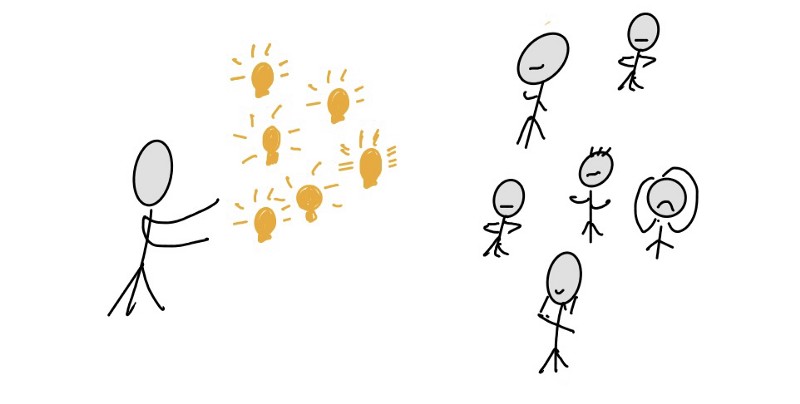 It’s okay for a manager to institute rituals to bring information to them, but then they are responsible for letting those rituals yield positive change. In the above example, the discussions were just theater.

Pattern 3: Being friendly with no parameters

Some managers like to be nice to everyone and rarely want to confront anyone or even set parameters. They want to be liked, treat their team as peers, and not let hierarchies come in the way. They prefer to avoid introducing rituals and processes for fear of stepping on the toes of their team members. One manager thought it was more important for three teams collaborating on a project to pick three different tools and rituals for tracking their work than for picking one to reduce the communication burden. Consequently, team autonomy prevailed, but outcomes suffered.

Such managers employ democratic and coaching leadership styles that Daniel Goleman describes in his article Leadership That Gets Results (also consider reading his book by the same title). These two styles emphasize building consensus, participation, and developing people over producing results.

These two are basic styles for a manager to incorporate, but only in moderation when appropriate. Without a strong vision and mechanisms for goal setting, goal tracking, decision making, and delivery, such styles fail to create a productive work environment. People generally like to work for such managers as they feel heard and empowered and are free to take the initiative, but may fail to stretch and grow when the manager is too polite to set goals or challenge them. Some individuals may still grow and do exemplary work under such managers, but only because they want to, conditions permitting.

I ran into a few managers that employed this style. One particular manager comes to my mind. He was well-liked by the team for his leadership style. People raved about him when asked to provide feedback for their manager. Yet, the team’s project outcomes slipped, important decisions took weeks, and even those decisions were re-opened and debated because everyone felt empowered to question and discuss ad nauseam. People felt good, but results suffered. 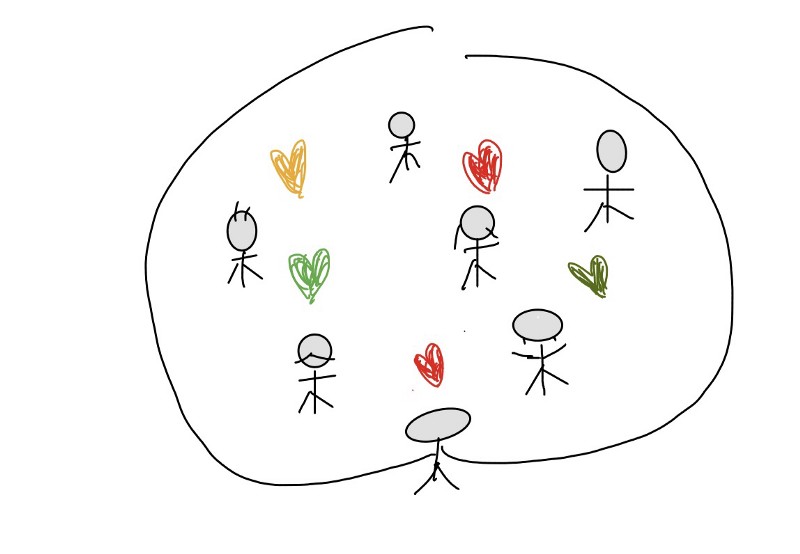 The team became productive only after the manager and one or two vocal members left the team, and new folks joined. The new manager took accountability for outcomes and introduced some team rituals for decision-making and goal tracking. These simple adjustments made the team effective.

Here is the bottom line. Assuming a leadership role requires being responsible for results. As I discussed in my leadership document a few months ago, managers must employ their team as leverage to produce outcomes.

One last thing — hierarchies are real; they have a purpose, and regardless of your leadership style, your title or level in a company’s hierarchy make you responsible for outcomes.